Retirement Around the World – Spain

Hola!  Welcome to Spain – home to Don Quixote, flamenco, bullfights, beautiful castles and palaces, and some of history’s most fabled cities:  Madrid, Barcelona, Seville, Toledo and Valencia. This diverse country offers retirees everything from a beautiful Mediterranean coastline to snow-covered mountains, bustling cities, quaint villages and undeveloped beaches. Other attractions include wonderful cuisine, near-perfect weather and a low cost of living.

In January 2011 Spain approved a law increasing the retirement age from 65 to 67; the standard retirement age will increase gradually to age 67 over a 15-year transition period that will end in 2027.

After 2027 it will still be possible for someone to retire at 65 with a full pension if they contributed to the state pension system for at least 38.5 years (it is currently set at 35 years); Spaniards who have not fulfilled this contribution period will be able to retire at 65 with a smaller pension based on the number of years they contributed to the system. The minimum contribution time to qualify for any pension will remain at 15 years.

Healthcare coverage in Spain is provided by the state.  Spain has a well-developed national health system that is available to everyone, even those from abroad, although there are some limitations to this latter group.  State healthcare in Spain has a generally good reputation with many hospitals and medical centers (Centros de Salud) throughout the country. However, due to high demands for services there are often long waiting lists for treatments and operations. Many people choose private healthcare to avoid this, and those who are seriously considering retirement in Spain may want to research the cost and availability of such care.

Retiring in Spain is becoming increasingly popular among Americans and other expats looking for a retirement locale that combines European luxuries and charms with the sun and sand of Spain’s famous beaches.  There is something for everyone here – vibrant cosmopolitan cities, ancient hilltop towns nestled in the mountains, and the beautiful Costa del Sol where the savvy retiree can find quaint villages and quiet undeveloped beaches.

If you’re considering a move to Spain, you might want to take a long-term rental so that you can experience living there without making a full commitment. Renting long-term usually requires a deposit equivalent to one or two month’s rent.  A two-bedroom city apartment (Madrid excepted) usually runs $600 to $850 US per month. Renting a three-bedroom house is approximately $1,600 per month.

For potential home buyers in the Costa del Sol region, two-bedroom upscale houses in US dollars go for $200,000 and up, and property taxes are low. Rentals there go from $700 to $2,000 per month depending on location.

When traveling to Spain, U.S. citizens can visit for up to 90 days without a visa.  If you wish to remain in Spain for more than 90 days, you must obtain a visa/residency permit from the Spanish embassy or your local consulate in the U.S. in advance. You can apply to live in Spain as a retiree providing you don’t intend to work.  To apply for a retirement visa you’ll have to make an appointment with the Embassy and submit the required paperwork in person.

Among the many attractions that Spain has to offer, retirees are finding that a relatively low cost of living is one of them, especially when compared with other western European countries. Excluding rent or mortgages, a couple can live comfortably on $20,000 to $25,000 a year. Dinner for two generally averages $35 to $50, with more upscale dining costing between $45 and $70, including wine. For the best lunch value, you can try the menu del día (the menu of the day), a three-course lunch menu for $10 or less. Grocery bills are obviously difficult to estimate, but you should budget about $70 per week. 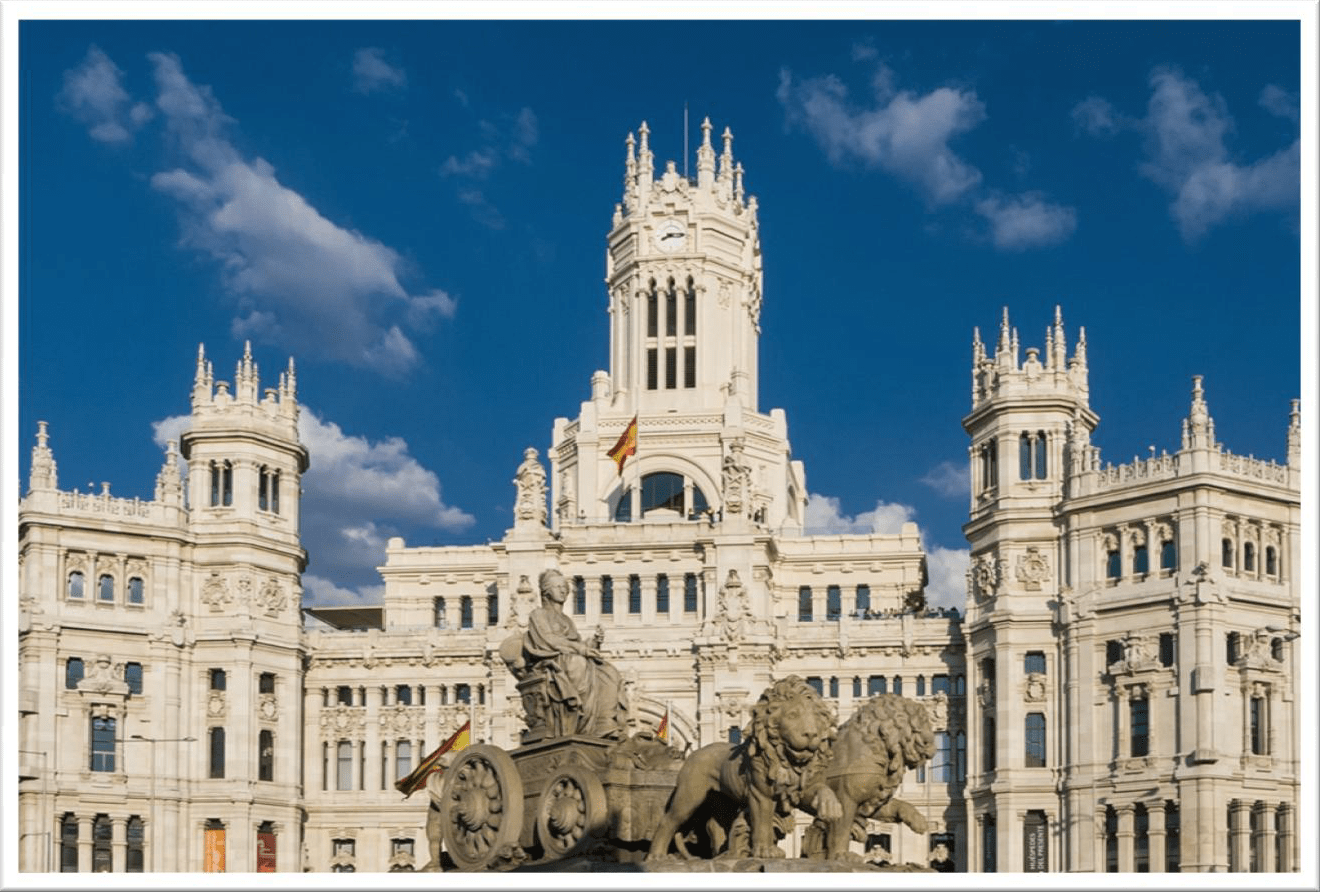 Madrid is Spain’s largest city, the country’s capital, and a popular choice among people relocating to Spain. There’s a lot to do in this international city and the cost of living is lower than in other European capitals.

If weather’s an important factor in your decision of where to retire, then Seville might be the place for you.  Seville, the capital of Andalusia, is located in southern Spain and enjoys a warm climate.  It’s also a culturally rich city with a high number of annual visitors.  Seville boasts a unique ambience and great monuments.  Among the highlights are : Giralda, the Arabian belltower and city’s landmark, the large cathedral, Torre del Oro, and the old district Barrio de Santa Cruz.

The Costa del Sol (the sun coast) gets its name for good reason.  It experiences a typical Mediterranean climate with over 300 days of sunshine a year.  It encompasses 150 miles of Andalusian coastline starting near Gibraltar and stretching eastward along the southernmost part of Spain.  Although it has its share of crowded resort towns, it’s also home to quaint villages and quiet undeveloped beaches.  Among the famous centers are: Marbella, Malaga, Torremolinos, Puerto Banus, Estepona and Mijas.  Access to the U.S. from here is good; there’s a major regional airport in Malaga where you can catch a flight to Madrid or Barcelona, then hop on a nonstop flight to major U.S. cities.

After you move to Spain, an excellent way to submerge yourself into Spanish culture is to visit one of the many festivals that take place in different cities throughout the year. Valencia’s famous Fallas festival in March has folklore processions and fireworks, and the “encierros” (Running of the Bulls) takes place in Pamplona and other towns throughout Spain.

Almost every Spanish city offers an array of leisure activities. You can enjoy yachting in Barcelona, opera in Madrid, or learn flamenco in Seville. If you have an appreciation for art, then moving to Spain is definitely a good choice. Artists such as Picasso and Dali were Spanish nationals and used their country as a source of inspiration.

There are, however, some elements of Spanish lifestyle that will need getting used to.  Spaniards are notorious for their late dining habits and three-hour siestas during which businesses close down. They usually eat lunch at 2PM and dinner at 9:30PM or later. Once you adapt to these schedules, life should be a breeze.

Retirees moving to Spain certainly have much to look forward to.  In Spain “la vida es sueño”… life is a dream!

The Resources below contain useful information: