The High Cost of Social Security

High-income earners: are you paying more into Social Security than you’re getting out? The answer is probably “yes.” 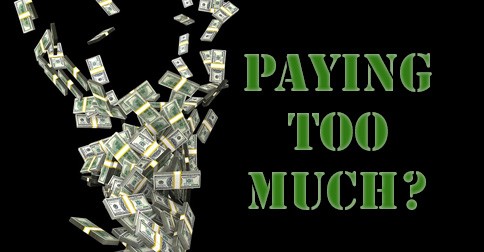 Even though today’s workers are working longer, their lifetime payroll tax contributions to the Social Security system are likely to exceed the amount of Social Security benefits they will later receive. This is especially true of high-income earners, as reported in an article in the Journal of Retirement. This makes it even more important for people in certain tax brackets to make sure they are maximizing their retirement income in other ways—such as developing a broader retirement portfolio in a self-directed retirement plan.

Social Security isn’t what it used to be, plain and simple—it was devised at a very different time in our country and society. We are working longer, that’s true … but we’re also living longer with every generation, there are millions of baby boomers coming of retirement age (and fewer Gen Xers and millennials paying into the system), and the fund is drying up. According to Sylvester Schieber, author of the article “Social Security costs in the larger context of retirement savings,” the net cost of participating in Social Security for an average worker today is roughly five years of their lifetime earnings. Ouch.

Mandatory participation in the Social Security system is getting more expensive for those high-earning taxpayers in particular. First of all, for 2015 the first $118,500 of earnings is subject to the 12.4% payroll tax (evenly split between employers and employees) to fund Social Security retirement, disability and survivor benefits. That’s a 1.7% increase from 2014.

High earners are stuck between the rock of contributing into the Social Security system and the hard place of decreasing benefits ROI. Even “medium” earners—averaging about $40,000 annually—will lose. Here are some sobering figures to consider from Schieber’s article:

Many people are taking a fresh look at their “claiming strategies”—when to start collecting Social Security and how to maximize their benefits. We’ll leave that to the financial planners and accountants.

Boost your investment ROI through self-direction

When it comes to building up a retirement portfolio of tax-advantaged investments, self-directed IRAs, SIMPLE IRAs and SEP IRAs are an excellent strategy for certain individuals—those who understand alternative assets, are knowledgeable about traditional and nontraditional investments, and wish to make their own investment decisions. The ability to offset the anticipated income deficits of Social Security contributions vs. benefits by including non-publicly traded assets in their self-directed retirement plans will serve those retirees well. Investments such as real estate, hedge funds, precious metals, commodities and private placements can lead to a more lucrative nest egg that helps cushion the blow of what it really costs many Americans to pay into the Social Security system.

If you’re thinking that self-direction is the right retirement strategy for you, Next Generation Trust Services makes it easy to research the options and open an account. Plus, our professionals are able and ready to answer your questions about self-directed transactions and the types of investments allowed or prohibited from these retirement plans.

Get Your Whitepaper on Self-Directed IRAs HERE